They are present in a large number of rivers, but we pay little attention to them. However, some algae are edible and better yet: they have extraordinary properties on the body. Among them is chlorella, a unicellular algae particularly rich in chlorophyll, and whose virtues have already been proven by science. Here’s what you need to know about the benefits of chlorella!

Chlorella is a unicellular green algae that is often (and wrongly) confused with spirulina. It lives in fresh water and forms clumps of algae that are therefore called “chlorella”. This algae is distinguished from other types of algae by its astonishing concentration of chlorophyll, but also because it manages to create symbiotic associations with animals, such as sponges and corals, for example (1).

The origin of chlorella

A Dutch-born biologist named Beyerinck discovered chlorella in 1890. It was cultivated for the very first time on an experimental scale soon after. Politicians and scientists quickly became interested in its ability to multiply very quickly, but also in its astonishing nutritional composition. During World War I, chlorella was tested in soldiers and quickly gained popularity. Because of its nutritional value, it then obtained the title of “super-food” at the end of the war. Chlorella has long been a dietary supplement of national interest in Japan. The Japanese therefore consume it widely for its nutritional benefits.

The composition of chlorella

Chlorella is a very special algae due to its concentration of chlorophyll. It contains four times more than spirulina, which is also very famous. But its makeup is much more interesting than it looks. Seaweed contains protein, which accounts for 58% of its weight. Which implies that it contains 40 times more than wheat. In addition, it offers a large panel of amino acids: eighteen of them are present in chlorella!

This freshwater algae also contains vitamins A, C and E, as well as vitamins from the B complex. There is ten times more vitamin A in this seaweed than in beef! On the other hand, we must also mention the great diversity of minerals present in the seaweed. It therefore contains mineral salts and trace elements in large numbers: iron, sulfur, calcium, zinc, potassium, magnesium, manganese …

Finally, this freshwater algae also contains polyunsaturated fatty acids (2), including omega-3 fatty acids, which are particularly beneficial for cardiovascular health (but not only). On the other hand, freshwater algae contains some carotenoids as well as very specific pigments (3). By its composition, chlorella is a unique food supplement, and truly exceptional.

The benefits of chlorella

Due to its extraordinary composition, this freshwater algae has been the subject of dozens of scientific studies around the world over the past century, among others. What are the benefits of chlorella proven by science? What makes it so interesting for our health?

Chlorella is a detoxifying algae for the body, due to its chlorophyll content, but also in vitamins (C and E). In fact, during the studies carried out, the consumption of this alga has reduced the level of toxins present in the body of patients (4). The great diversity of nutrients present in chlorella alone explains the detoxifying and antioxidant properties of this freshwater algae. Consuming it in the form of cures helps eliminate toxins, wastes and free radicals accumulated by the body. In this context, chlorella combines perfectly with spirulina, but also with other plants and fruits (sea buckthorn berries, citrus fruits, camu camu …).

Over the course of numerous clinical studies, seaweed has shown itself in many areas. The seaweed also appears to have a beneficial effect on blood pressure. Indeed, the consumption of chlorella helps to reduce blood pressure, but also blood cholesterol levels (5). Patients treated with chlorella in another study also showed improvement in their health (6).

Thus, in addition to detoxifying the body and promoting the elimination of waste from our body, chlorella helps us prevent cardiovascular disease. This is a virtue that is also found in spirulina, a cyanobacterium that is very often associated with chlorella!

Fighting the symptoms of fibromyalgia

People with fibromyalgia have been advised for years of chlorella cures. Indeed, studies have been carried out to determine the effectiveness of algae on the various symptoms of the disease. And in a large number of cases, chlorella has been shown to alleviate symptoms of the disease (Nutritional supplementation with Chlorella pyrenoidosa for patients with fibromyalgia syndrome: a pilot study. Merchant, RE, Carmack, CA, and Wise, CM Phytother.Res . 2000.). More studies are needed to support these results, although they look very promising at the moment.

Like most “super foods”, chlorella has been the subject of scientific studies to determine its potential against one disease in particular: cancer. So far, studies have only been carried out in laboratory animals, and in patients with skin cancer. According to the results obtained, this alga could well have real effects on cancer. Indeed, it seems to be able to block the proliferation of cancer cells in the body (7). In this context, she has often associated with spirulina.

The other benefits of chlorella

Could we use algae as an adjuvant to a vaccine? Chlorella has been shown to be able to modulate the immune system (8). However, studies are still needed to determine whether seaweed also has this effect on the human body. In any case, it is often recommended to strengthen the immune system and natural defenses.

Finally, freshwater algae also appear to be able to fight ulceration, which is commonly associated with ulcerative colitis. Here again, the first tests are promising, but they are still insufficient.

Chlorella is an algae that is subject to contraindications. If you are undergoing medical treatment, or if you are suffering from any disease, seek medical advice before starting a course of chlorella (or any other food).

Contraindications and side effects

In the short term, supplementation with chlorella is safe (9). It presents itself as a safe algae. However, we still lack information about the long-term effects of its use. We simply know that this natural algae is contraindicated in people prone to allergies to chlorella, as well as to its components or to foods belonging to the Oocystaceaes family (10). It is also not recommended to give it to children who are sensitive or hypersensitive to mold.

On the other hand, freshwater algae can have side effects, especially for people with asthma, fatigue, hypersensitivity to light and skin problems. In some individuals it should be used with caution and preferably with medical supervision. These are people being treated with medicines for cancer or that modulate the immune system.

Choosing the right chlorella: why is it important?

Algae tend to soak up substances present in their direct environment. This therefore implies that if it grows in a stream polluted with heavy metals, it is very likely that it also contains them. This is why it is important to choose your chlorella wisely, and not to set your sights on the first product you find.

To enjoy the benefits of chlorella, it is essential that it is of very good quality. Favor algae from natural sites, far from any form of pollution. Like spirulina, chlorella grows in many areas around the world, in lakes and rivers. Choose an algae that is subject to rigorous and regular testing by French laboratories, to ensure that you do not consume a contaminated product! Your supplier can advise you on this.

Chlorella is found in a large number of stores as well as on the Internet. Turn to a trusted seller and take care to analyze the information on the product. Origin, provenance, method of cultivation, processing process, ingredients, etc. On the other hand, we can also find products based on spirulina and chlorella on the market, in order to directly combine these two products and their benefits. Here, too, the quality must be there.

How to consume chlorella?

Chlorella is a freshwater algae that can be consumed in powder or tablets, just like spirulina. Regarding dosages, there is no official dosage. In contrast, manufacturers often state that you should not consume more than five grams of chlorella per day. If you buy chlorella, dosage indications will be present on the product packaging (powder, tablets, etc.). Be sure to respect them.

In addition, like spirulina, chlorella is taken in regular cures. Because of the possible side effects it can cause, it is advisable to start a course of treatment with small daily doses, and increase these over the weeks. If you experience any side effects, reduce or stop your seaweed treatment. And if these symptoms persist, see your doctor.

One is a cyanobacterium and the other is a freshwater algae. These two foods are world famous for their respective composition. Often confused or compared, they are also very often associated. And for good reason, the effects of these foods complement each other and multiply when consumed together. Spirulina is generally associated with chlorella to detoxify the body, but also to fight against anemia. Indeed, these two foods are very rich in iron. We can also highlight the effectiveness of spirulina and chlorella in oxygenating the body. As well as to avoid deficiencies in case of malnutrition. Also note that chlorella can be combined with various other food supplements: ginseng, turmeric, rhodiola rosea, Goji berries, etc.

What you must remember

Chlorella is an absolutely fascinating freshwater algae that has been of interest to science for over a century. If it is very nutritious, it is also contraindicated in some people. As each case is unique, it is always preferable to turn to your doctor before starting a cure. But in appropriate proportions, chlorella and its exceptional composition can help you enjoy the benefits of algae! 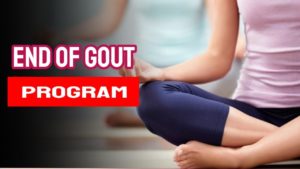 The End of Gout Review 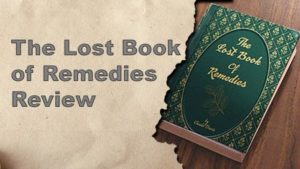 The Lost Book of Remedies Review 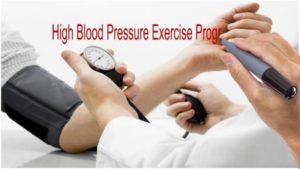